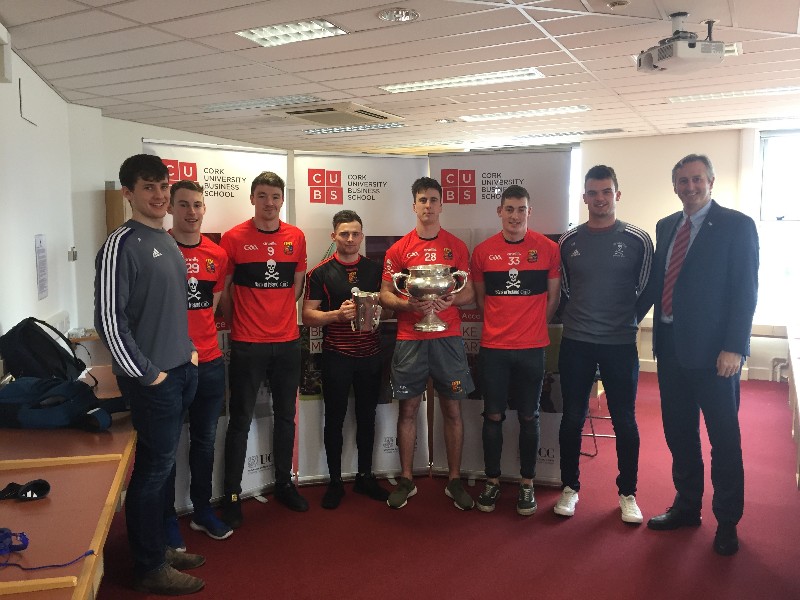 The Department of Accounting and Finance were delighted to have so many of their students on the recent Fitzgibbon and Sigerson Cup Teams, along with their students on the Collingwood Cup Team.  The Fitzgibbon Cup is the trophy of the premier Hurling Championship among higher education institutions and the Sigerson Cup is the premier GAA Hurling Championship among higher education insitutions. UCC have now won the Fitzgibbon a total of 39 times, the most any College have won, and have won the Sigerson 22 times.

Professor Mark Mulcahy met the students recently to congratulate them on their sporting success.