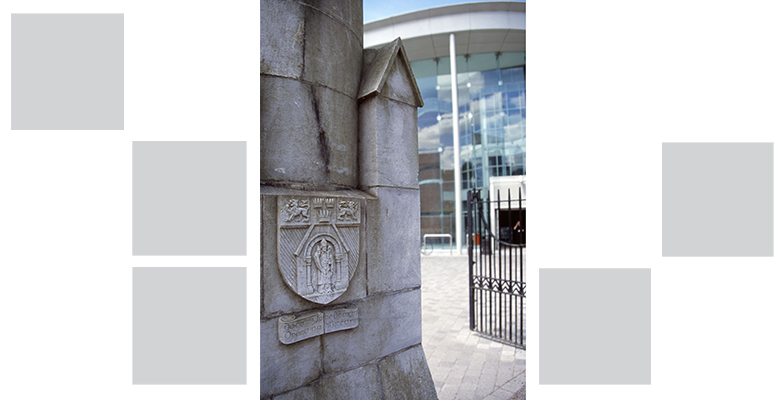 The Cork University Business School (CUBS) is the new Business School of University College Cork and builds on over 100 years of business education here at UCC – CUBS is one of the two largest university business schools in Ireland. Our programmes are very responsive to the needs of business both in Ireland and globally. The Business School boasts impressive undergraduate student numbers and research income earning together with a significant portfolio of postgraduate programmes. The Business School has impressive plans for growth and development including the fostering of key strategic partnerships with business, industry and universities nationally and internationally. In pursuit of its’ mission, the business school will continue to enhance its reputation with businesses and industry building on its’ strong tradition of collaboration to lead the way in innovative practices and continue to inspire its’ students, past and present, to think differently about issues they address and projects that they undertake.

This bursary is awarded to the student who achieves the highest overall mark in the third year of the BSc Accounting Degree.

The Department of Economics in partnership with Deloitte are awarding ‘The Deloitte Economics Prize for BSc. Finance’. The Prizes are awarded to the students who achieved the highest average grade in economics modules in years I through to IV of the B. Sc Finance Degree.

A fund was raised by the colleagues and friends of the late Mr. Joseph Downey, who was Secretary and Bursar of University College Cork from 1912 to 1944, and handed over to the Governing Body for the provision of an annual book prize, to be known as “The Downey Prize”. The Prize is awarded on the results of the Summer BComm (Hons) Degree Examination.

Mrs Angela Cahill established this prize, together with the Department of Accounting, Finance and Information Systems and with university support, to acknowledge the contribution of her husband, Professor Edward Cahill, to the University. Professor Cahill was the first Professor of Accounting at UCC, holding the position from 1988 until his death in 2005.

The Prize is awarded to the student who achieves the highest overall marks in the final year of the BSc. Accounting Degree.

Professor John Busteed was Professor of Economics and Dean, Faculty of Commerce at University College Cork from 1924 until his death in 1964. He was known as an inspiring teacher and was an enthusiastic supporter of the Adult Education Movement. Professor Busteed served on several Government Commissions. He acted as Chairman of the Joint Unity Committee of the Irish Congress of Trade Unions and the Congress of Irish Unions, which brought about the unification of the trade union movement. For many years he was an honorary member of the Cork Chamber of Commerce.

Many of Professor Busteed’s friends wish to perpetuate his memory and subscribed to a fund to achieve this. This fund was used for a number of years to organise an annual Busteed Memorial Lecture. It is now used to fund the award of a series of annual prizes to students of Economics.

These prizes, awarded by KPMG, Chartered Accountants, are presented to the students who have obtained the highest and second highest marks in the overall Second University Examination in the BSc (Hons) Accounting Degree programme.

KPMG Ireland established the Deidre O’Sullivan Memorial Prize in Accounting to honour the memory of Deirdre O’Sullivan, a graduate of UCC, who qualified as a Chartered Accountant with KPMG and who sadly passed away in September 2011.

The prize is awarded to the Master of Accounting student who receives the highest final aggregate mark on the programme at their first attempt.

In 1861, Sir Robert Peel, Chief Secretary for Ireland, initiated a fund to augment the endowments of the Queen’s Colleges. The Peel Memorial Prizes are awarded to students who have taken their primary degrees with first-class honours in the minimum time and who, in the opinion of the Student Accreditation Committee, have played a distinguished part in the public life of the university.

The PricewaterhouseCoopers Prize for First Accounting and First Finance

The PricewaterhouseCoopers Prize for First Commerce

PricewaterhouseCoopers sponsor annual prizes to the eligible students who achieve the highest combined aggregate mark in their first sitting of AC1100 Introduction to Accounting, EC1207 Principles of the Micro Economy, MA1100 Introductory Mathematics for Business and ST1023 introduction to Business Statistics in Year 1 of the Degree of Bachelor of Commerce.

The PricewaterhouseCoopers Prize for Second Accounting and Second Finance

This Prize is awarded to the eligible students who achieve the highest combined aggregate mark in their first sitting of AC2111 Financial Reporting and AC2115 Taxation, summer examinations.

The PricewaterhouseCoopers Prize for Second Commerce

PricewaterhouseCoopers sponsor annual prizes to the eligible students who achieve the highest combined aggregate mark in the core subjects of Year 2 of the Degree of Bachelor of Commerce; Management Accounting, Economics, Information Systems and Management.

The PricewaterhouseCoopers Prize in Accounting

This Prize is awarded to the BSc Accounting student who receives the highest combined aggregate mark in their first attempt at the summer examination in AC4001 Advanced Financial Reporting; AC4002 Advanced Management Accounting; and AC4003 Financial Statement Analysis.

Students who have completed Year 2 of the BComm Degree and who have been accepted for Study Abroad in Year 3 in either the US, Canada or Singapore will be eligible for an International Business Education Scholarship (IBES). The scholarship will be awarded to the student who received the highest marks overall in Year II of the BComm Degree.

PricewaterhouseCoopers is committed to encouraging students to avail fully of the opportunities that university offers them; to be innovators and catalysts for change; consistently to stretch themselves and increase their potential; and to contribute towards a sound society and dynamic economy. PwC is proud to sponsor a prize to an excellent student who has made a significant contribution to UCC life.

To our students, congratulations on your wonderful achievement! To our sponsors, thank you for your continued generous support.