Maximising The Benefits Of Establishing A Quality Network 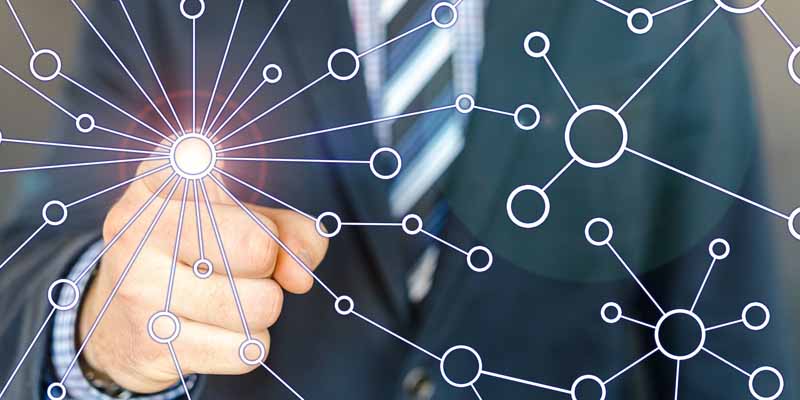 Is there anything more cliché than the concept of networking and golf? We have all watched the same tiresome scene unfold in movies where a dapper lead character emerges from a pristine silver executive saloon after travelling along a picture perfect driveway that has been designed to nestle between two sides of a golf course which radiate prestige in the brilliant sunshine.

As our perfectly chiselled star pulls a set of spotless golf clubs from their car, a voice calls out, and as if by chance, a networking opportunity presents itself.

It’s such a clichéd concept that Mad Men, a TV show set in the 60s and 70s, tended to stray away from such tedious narratives, and instead parodied the notion in a scene where a visiting advertising executive lost his foot after an accident involving a ride on lawnmower.

Gruesome and hilarious in equal measure, the episode culminates in a scene at a hospital, where the executive’s employers decry that his career is over because “he’ll never golf again”.

Of course, real world networking doesn’t quite play out like it does on film. Trust, not coincidence, is key to fostering relationships and enhancing social capital.

Organisations also tend to invest a great deal of time trying to develop their network capital by identifying opportunities that enables them to access knowledge and build relationships.

Indeed, a forensic appreciation of existing and potential networks is required if an organisation is to maximise the benefits of establishing quality linkages that can act as a catalyst for innovation through knowledge transfer.

It is these quality connections that Professor Eleanor Doyle focusses on in her award-winning paper, Network Foundations of Cluster Relations: Visualising Linkages for Development, which was co-authored alongside CIT’s Dr Eoin Byrne and Dr John Hobbs.

The network capital concept encourages companies to plan strategically in order to develop networks that have the potential to deliver an economic benefit.

Through a series of interviews with 16 members of IT@Cork’s network of 300 affiliated companies, the research team were able to quantify the value of each of the participating organisation’s respective linkages.

Using software created by the V-Link research group headed up by Dr Byrne and Dr Hobbs, the researchers were also able to plot each organisation’s individual connections and map the extent of the IT@Cork tech cluster.

Although the data collection process brought with it some challenges for the firms involved, the results proved extremely beneficial to the participants, who each received a detailed breakdown of their respective results.

For Professor Doyle and the research team, the data didn’t just reveal the number of connections developed both within and external to the cluster, it allowed them to challenge traditional thinking around clustering.

Concentration of organisations does not necessarily create the conditions for growing network capital.

Too much emphasis is often placed on this notion that all you have to do is place certain types of organisations in the same place and automatically the positive relationships will follow.

We have enough examples now to know that while location can be important, it’s insufficient to determine success.

Just putting in the time and effort into networking isn’t enough either. There is no magic formula to say that establishing X number of linkages will result in a measurable economic impact.

That’s why we focused on including a qualitative measure in our study.

We asked each organisation to measure the quality of their linkages by identifying the impact they have on mission criticality.

Consequently, rather than location acting as a focal point for a cluster, their research suggests that the success of a cluster is dependent on the presence of eight separate criteria which foster quality networking and promotes the importation of knowledge.

The V-Link maps demonstrate this by highlighting just how connected the 16 firms included in this study are with Dublin and the UK. Links made easier to establish due to the presence of infrastructure such as an international airport with connections to the UK’s largest cities and a motorway to Dublin.

It isn’t just products that transit along these line of communication, but knowledge which ultimately spills over to all organisations within their respective clusters.

In this sense, rather than the location of the cluster being the most important factor in the success of IT@Cork, the presence of infrastructure plays an important role in how knowledge is attained and ultimately shared.

However, it would be a mistake to argue that infrastructure alone can act as a catalyst for a successful network cluster. If that were so, simply building a motorway between Cork and Limerick could, for example, provide benefits relative to those being reaped through Cork’s connections with Dublin and the UK.

Instead, Professor Doyle and her research partners believe that the eight criteria highlighted in their study would need to be present in both clusters if they are to maximise the impact of any infrastructure.

If a motorway was built, the potential for knowledge spill over from Cork to Limerick would exist, but in terms of the number of linkages and the quality of those linkages, the motorway would be insufficient in of itself.

The eight criteria we identified in IT@Cork would also have to exist in Limerick – an area with a strong history and tradition in business development with its association with Shannon Development.

Even if we were to think about the infrastructure we have today, and ask ourselves how to get the most out of it, we could put policies in place that would support knowledge exchange.

Additionally, as Ireland is a small open economy that relies on external networks to provide impactful knowledge, policy makers might need to create a unique cluster strategy that differs from those employed in the US and Europe.

Consequently, the eight criteria identified by Professor Doyle and her colleagues could act as a checklist for policy makers charged with targeting knowledge through horizontal polices. This is why their research has made such a scholarly impact.

However, as a means of identifying criteria that may need investment, any such policies “should be predominantly industry driven”

For businesses themselves, research like ours allows firms to make better decisions with quality information.

The research published by Professor Doyle and her colleague’s points to is the fact that building quality networks is something that doesn’t happen by chance on a golf course.

Instead, organisations need to develop strategies and deliberate over what network cluster will grant them access to the greatest amount of quality knowledge – be that a local chamber organisation or an international association of some kind.

Additionally, policy makers must make every effort to foster an environment where that knowledge can be shared among local network clusters to drive further growth and innovation.