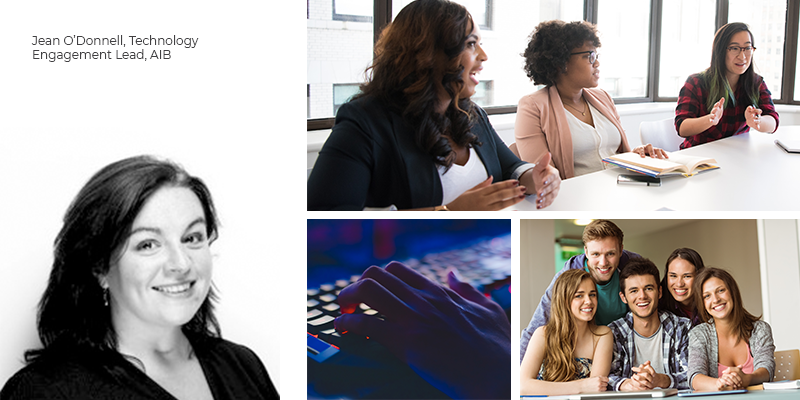 Coinciding with International Women’s Day, the event highlighted BIS’ commitment to Athena Swan and saw Jean describe how unconscious bias can influence the way in which technology is constructed.

Leaning on a number of high profile examples, she recounted how one multinational organisation attempted to develop artificial intelligence that would recognise exceptional CVs.

While the concept might seem attractive to overworked HR managers, the organisation in question programmed the technology to benchmark applicants against its predominately male management team. As a result, it immediately discarded female candidates.

Likewise, due to an inbuilt bias, Jean also described how another company developed facial recognition software that could only recognise white men.

As much as those anecdotes were designed to engage and transfix her audience, they also demonstrate the pitfalls of inadvertently codifying bias in technology.

We hold tech in our hands every day, it’s so pervasive. What we’re doing by not including women and non-white people is codifying bias.

Jean’s poignant presentation encouraged those in attendance to think about everyday examples where unconscious bias might exists.

To overcome it, she demonstrated how diversity and inclusion can create better functioning teams that maximise talent by encouraging them to look for solutions from various angles and perspectives.

I’m really interested in team psychology, the formation of teams, and how to maximise everybody’s talents within a team.

I firmly believe that you can’t have a team full of leaders because that’s not a team. Everybody’s voice has to be heard.

There has been some really interesting research published which shows that in successful teams everybody gets an equal amount of speaking time, regardless of their position.

Inclusion and empathy is what drives performance.

That’s why AIB take a holistic approach to recruitment. You need to have diversity of thought to achieve success. You always have to ask yourself, “Who is not in the room?”

Central to Jean’s talk was her belief that talent will prevail, no matter that person’s race, gender, beliefs or sexual orientation.

And as Jean pointed out, talent takes many forms. As a UCC Archaeology graduate working on future banking technology, she should know.

BIS are applying for an Athena Swan Bronze Award in award in April, as part of the application they are developing a three-year action plan to improve working conditions and career development for all of students and staff.