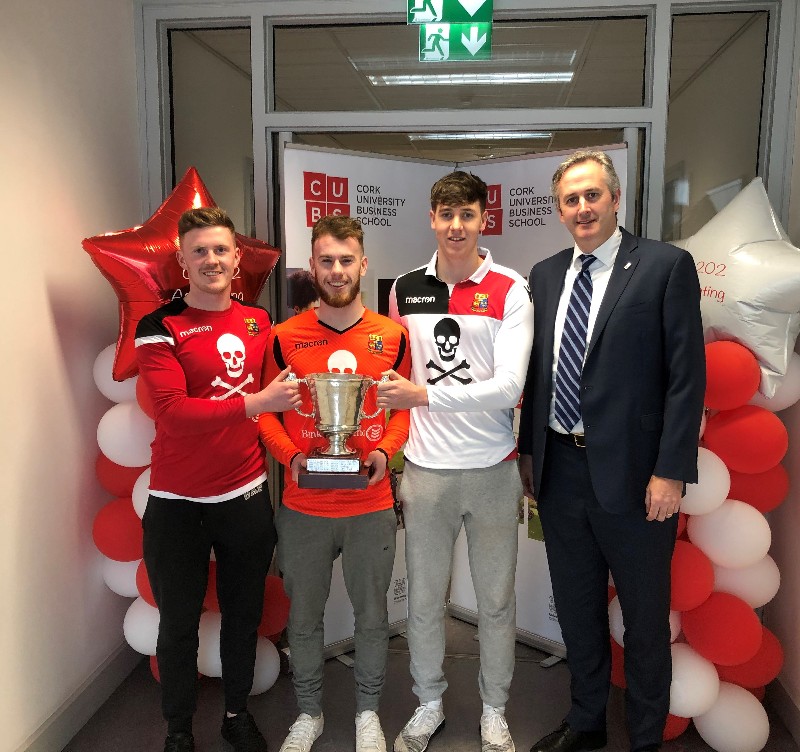 Led by captain and Player of the Tournament Robert Slevin, a 2nd year Commerce student, UCC claimed their 14th Collingwood Cup success following a 2-1 win over the University of Limerick.

The turning point in the match came for minutes from time, when Simon Falvey equalised following a cross from Commerce with Italian student, Patrick Crowley.

Two minutes into the ensuing extra time, the inspirational Slevin then headed home from a corner and put UCC on course to claim their third Collingwood Cup success in five years.

In all, Slevin and Crowley were among ten CUBS students who formed part of the UCC squad