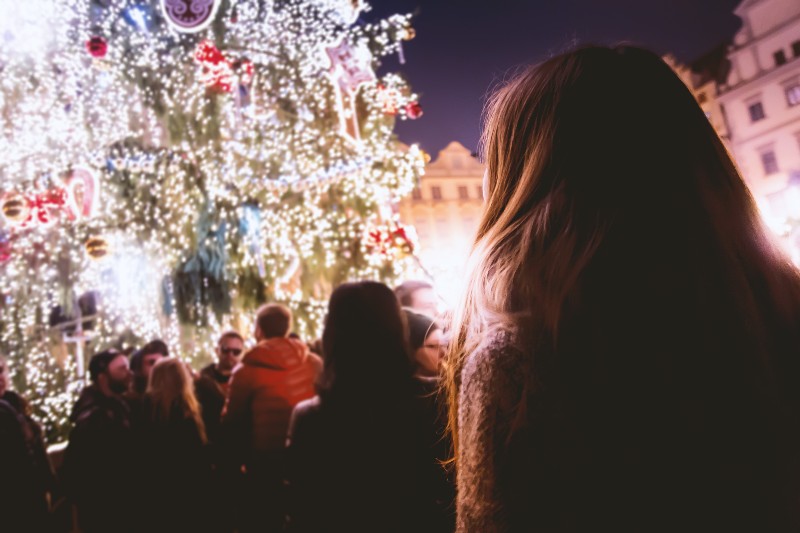 When we first sat down with Mike FitzGibbon, our intention was to write a brief summary of the Christmas and Easter parties he and his colleagues organise for children living in Direct Provision.

However, much like Mike’s colourful career, our wide ranging discussion quickly travelled down tangents as we sipped on our coffee.

Describing himself as a “card carrying Amnesty International member”, the Food Business and Development lecturer spoke about how he managed to transition from being an engineer to becoming a volunteer in Tanzania in the space of a few short months.

“Things happen”, was Mike’s nonchalant way of describing how events unfolded. Volunteering led to consultancy work with Irish Aid, which in turn paved the way for a position at UCC’s International Famine Centre (now known as the Centre for Sustainable Livelihoods), and the statutory Higher Education Equality Unit until 2002.

An accidental academic, Mike modestly discussed his current role and how he became involved in the development and delivery of the joint MSc in Rural Development with Mekelle and Hawassa Universities in Ethiopia.

Like so many returning emigrants however, Mike felt that the Ireland he had returned to was very different to the one he left.

Despite being a country that was reaping the early benefits of the Celtic Tiger, the housing of asylum-seekers in Direct Provision Centres troubled Mike, and acted as a stimulus to get involved in advocacy.

The entire concept troubled me from the outset. You have people living in centres that are cut off from society where integration is almost impossible”.

These people are marginalised and disempowered while waiting for the application process to proceed. A process that can take years to conclude.

The children in Direct Provision are particularly vulnerable, some of whom have spent their entire lives living in these centres”.

The plight of these children acted as a catalyst for Mike and other staff and students from right across the University in UCC, to organise Christmas and Easter parties.

Since 2013, the parties, which grew out of similar events and engagements with residents of Direct Provision Centres organised by members of a small local organisation, Ethical Development Action, have continued to evolve and grow over time. This year, Mike and his colleagues and friends organised events for around 300 children in three separate locations: Blarney Street in Cork city, for children in Ashbourne and Kinsale Road centres; Drishane Castle, for children living there and in Mallow, where KASI, the Killarney Immigrant Support Centre are also involved; and Clonakilty, where local supporters help to make the day a good one for the children.

Hosting three such events requires a great deal of organisation and planning; this year, the core of the organising was undertaken by Deirdre Horgan, Eluska Fernandez and Ciara Burke, supported by the STAR society and other students. In getting things organised,  the UCC network comes into its own. Through the delegation of responsibilities, organisers can call on a range of people to provide help and support.

“From the security staff through the Glucksman Gallery to the Students’ Union, people from across the campus are willing to contribute. To get the word out there, it’s crucial that we go beyond academia”.

Local firms also contribute: for the last number of years, the Himalaya Yoga Centre has taken responsibility for getting and wrapping presents for one of the centres, and St. Vincent de Paul also row in with their support.

The parties themselves centre around Mike, another staff member, Ger Mannix , and a local supporter from Clonakilty dressing up as Santa and handing out presents. Local musicians, craftspeople and performers volunteer their time, creating an atmosphere for people to enjoy. The owner of Pizzamore on College Road, himself once an asylum-seeker, also supplies catering for the Cork city party.

For children, these parties take on a deeper meaning, in what Mike describes as a “small act of resistance”.

Unlike other aspects of their lives, where children in Direct Provision have little or no influence over what they eat, wear, or go to school, they get choose what gift they would like to receive from catalogues.

Although it might seem trivial to many of us, for children living in direct provision, it provides a rare opportunity for empowerment.

The Christmas parties also provide local communities with the opportunity to engage with those living inside Direct Provision centres.

Like the brilliant Sanctuary Runners initiative, the Christmas parties allow communities to reach into Direct Provision centres and establish relationships.

This is important for those living in these Centres, as it demonstrates that the local community acknowledges them and is willing to engage, creating opportunities for the sharing of stories and experiences that might otherwise have been suppressed.