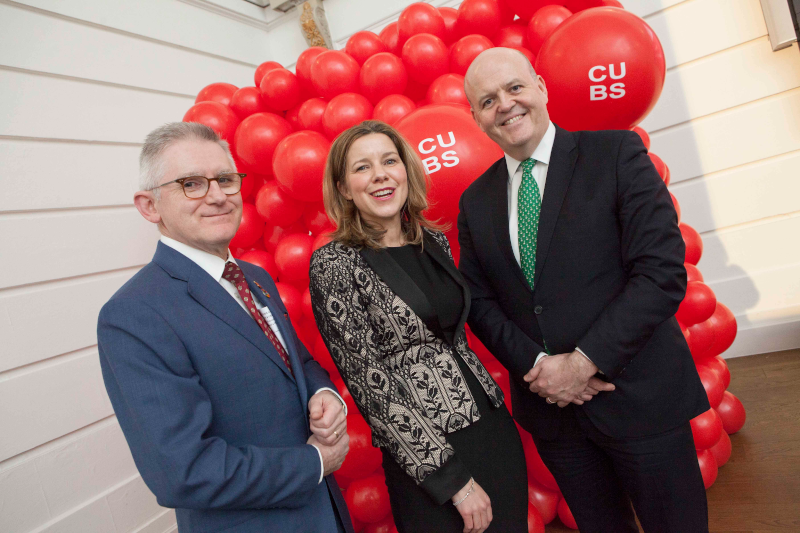 Speaking two days after it was announced that January 2020 was the hottest month ever recorded in Europe, Colin Hunt, CEO of AIB, spoke candidly with Professor Thia Hennessy, Dean of Cork University Business School, about the challenge posed by the climate crisis and the practical steps the banking industry can take to help tackle it.

I think that we use the word existential too lightly, but climate change is an existential threat. We are seeing weather phenomenon all over the world.

I feel that we put too much emphasis on policy makers and governments to take the lead in addressing the climate crisis, I believe that we as a banking sector can and should prioritise action.

The fastest growing part of our balance sheet is in green investments. Ultimately, AIB won’t be sustainable unless Ireland is sustainable.

Addressing a capacity audience seated in the historic banking hall at the heart of the UCC Centre for Executive Education, Dr Hunt took pride in describing how AIB has taken the lead in helping to address some of the challenges posed by the climate crisis.

He explained why AIB became a founding signatory of the United Nations Environment Programme - Finance Initiative – and how the bank pledged to make five billion euro available to support climate action as part of its “Do More” campaign.

We are the second bank in the world to create a gender-balanced executive committee. I’m really proud of that fact.

I believe that we need to get the right people into the right roles, no matter what their background or gender.

It’s about creating the right kind of culture where the best people can excel.

Leaning on his own experience of working as an intern with AIB in his native Waterford, Dr Hunt also took the opportunity to discuss the future of community banking in Ireland, and ahow individual branches act as a focal point for sustainable communities.

Speaking as an economist, Dr Hunt used the discussion to talk about Brexit, and its possible implications in both the short and long term, before Professor Thia Hennessy asked a number of pertinent questions relating to the “National Strategy for Higher Education to 2030”, or the Hunt Report as it’s known more widely.