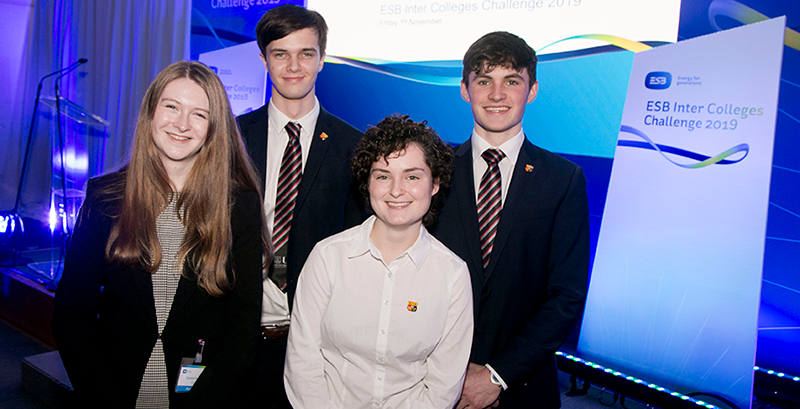 Niamh Hand, who is currently a second year student on the BSc (Accounting) degree, was part of the UCC team who were recently awarded second place in the ESB Inter-Colleges Challenge. This competition is a fast paced event that aims to test a full range of engineering, financial and team-working skills. It is designed to encourage teams to apply their knowledge to develop innovative, creative and commercially focused solutions to real life challenges. The event took place over two days at the Irish Management Institute (IMI) facility in Dublin. Twelve teams from Irish Colleges were asked to use a mix of creative thinking and skills to de-carbonise the transport of their city. After brainstorming on the first day, each team pitched their visions to a panel of senior ESB executives on the second day of the competition.

The UCC team produced an outstanding plan to build an electrified light rail running from Ballincollig to Mahon and a river ferry on the River Lee shuttling between Ballincollig and Cobh. The team envisaged that both services would be powered by hydro electricity sourced from the Inniscarra Dam. In addition to their overall second placed finish, the UCC team also won a special prize for the best marketing strategy. The winners of the competition are offered placements within the ESB and sponsored to represent their college at the Engineering and Commerce Case Competition to be held in Canada. Runners-up prizes included iPads and Summer Placements with the ESB. Many congratulations to Niamh and all of the UCC team.