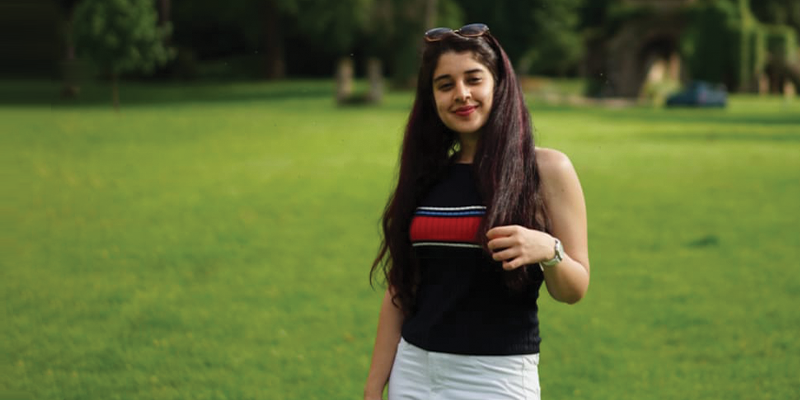 When Payal Idnani first came to Cork University Business School, UCC, to enrol in the MSc Management and Marketing, she didn’t know what to expect. An ambitious designer in search of professional and personal growth, Payal’s journey began while she worked as an interior designer with a design firm in India.

Naturally creative, Payal understood that she possessed the imagination and vision to work on prestigious projects, but not lead them.

Despite her relative inexperience, she knew that passion and persistence would not be enough to see her fulfil her ambition. Having worked in the design space, Payal understood that she would need to be able to articulate and structure her creative zeal in order to progress her career.

Ultimately, this realisation encouraged Payal to begin searching for a postgraduate qualification that would equip her with the skills and knowledge that would propel her career.

As Payal’s search introduced her to programmes and concepts that lay outside of her comfort zone, it proved challenging at first. However, as she was seeking a programme that would act as a segue into management, she soon began to research specific courses in universities throughout the globe.

By embracing the possibility of studying abroad, Payal was also fulfilling a long held desire to travel and experience different cultures.

In turn, Payal soon began to investigate the possibility of studying in Europe, and even enquired about a number of programmes. However, as many of these courses were taught through languages other than English, very quickly, Payal’s long list became a short list.

Focussing exclusively on Ireland and the UK, Payal began to pay specific attention to factors beyond academic course content, and she started to investigate the potential career opportunities that could arise after graduation.

It was at this stage that Payal began to fully appreciate the possibilities offered by Ireland’s stay back visa programme, which allows non EU students work in Ireland for two years after graduation

Having narrowed her short list, Payal began to investigate what life would be like in Ireland and compare what each city had to offer. In the end, she was left with a choice of choosing between Cork and Dublin.

I was offered places on programmes in both Cork and Dublin.

Although it was difficult to choose between them, ultimately, two factors encouraged me to enrol at CUBS; the quality of life in Cork, and the structure of the MSc in Management and Marketing. I was attracted to the idea of immersing myself in the 6-month placement module.

When the programme got underway, Payal found herself in a class with people from all round the world who quickly formed a bond exploring Cork city and nearby attractions.

Together, they attended events connected with the Cork Film Festival, Jazz Festival, and visited attractions along the Wild Atlantic Way.

Cork is different to other cities. I know people who studied in London and Dublin, they spent a lot of their days commuting. Here, everything is within walking distance.

Those cities don’t have the Wild Atlantic Way on their doorstep either, where picturesque towns like Kinsale are only half an hour away.

Within six months of enrolling in the MSc Management and Marketing, the placement coordinators invited Payal and her classmates to begin interviewing for placement positions with national and international companies based in Cork.

Using an app, Payal and her colleagues were able to identify and apply for placement opportunities that interested them.

It was while she was using the app that Payal discovered a position advertised by UCC Academy, which aligned with her ambition of working in the creative industry.

I knew the role was for me the second I spotted it. UCC Academy were looking for a creative person with the skills I had.

It was much more than a marketing position. They wanted someone to work in a project capacity.

I learned about graphic design and videography, but most crucially of all, I was given the responsibility to manage a project and the freedom to do it my own way.

It was the kind of position that I knew would progress my career.

Over the course of six months, Payal engaged with management, staff and stakeholders before beginning the process of finishing her thesis.

Now on the eve of returning home, Payal is looking forward to the possibilities provided by the MSc Marketing and Management by realising her potential as a designer.