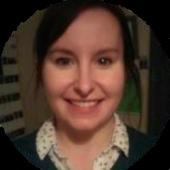 Brenda is a Lecturer in Economics with the Centre for Policy Studies, UCC. She began this position in September 2018.

In 2019 she completed her PhD with the School of Public Health, UCC as part of the 2014 cohort of the SPHeRE (Structured Population and Health-services Research Education) HRB (Health Research Board) Scholars Programme. Her thesis "Reconfiguration of emergency and urgent care systems in Ireland from 2006: analysis of quantitative performance indicators at a population level" was supervised by Dr Tony Fitzgerald, Department of Statistics and the School of Public Health. This research was conducted as part of a larger project, the SIREN (Study of the Impact of Reconfiguration on Emergency and Urgent Care Networks) project, lead by Principal Investigator, Professor John Browne, School of Public Health, UCC. This project was a intercollegiate collaboration between UCC, RCSI and Trinity College Dublin.

From 2012 to 2014 she was a Data Manager /Researcher on a HRB funded project with the Centre for Policy Studies, working with Mr Martin Kenneally and Dr Noel Woods. This project investigated drug prescribing in Ireland, assessing the impact of health, demographic and policy changes to the GMS (general medical card scheme).  At this time she also fullfilled the role of a part time Senior Demonstrator/Guest Lecturer with the Centre for Policy Studies, UCC.

From 2011 to 2012 she worked with Bank of New York Mellon as a member of their Derivative Support Team.

From 2009-2010, she completed a Masters In Economic Development in the University of Glasgow, completing a thesis titled, "The impact of universal primary education on the quality of education: A comparative analysis of Kenya and Uganda".

She completed her Bachelor of Commerce at UCC between 2005-2009, majoring in Economics and minoring in Development Studies.