To help you make as smooth a journey as possible to Cork we have provided some information about airports, inter city buses, train and ferry services for international guests.

Please do check the airport/bus/train/ferry official websites prior to booking however, as these routes are subject to change.

There are three principal international airports in the Republic of Ireland: Cork, Dublin, and Shannon. We recommend arriving in Cork airport directly. This is usually the least stressful method of arrival in Cork. For international (non-European) attendees this involves a connection via major hubs such as Amsterdam or London as both locations have frequent direct connections to Cork. Additionally, Edinburgh and Manchester should have daily direct connections to Cork.

Please note - with the exception of Amsterdam, Edinburgh, Manchester and London (Heathrow/Stansted/Gatwick) - these routes do not take place every day.  There are no longer direct transatlantic flights to Cork.

Cork airport is located 6km from the city centre and 7.5km from University College Cork. A taxi journey, with little traffic, takes approximately 20 minutes and costs roughly €25. Cork Airport is also served by scheduled bus services that link the airport with Cork city. From the airport, you can take the Bus Éireann 226 and 226A buses to Parnell Place Bus Station, the main bus station for Cork city. 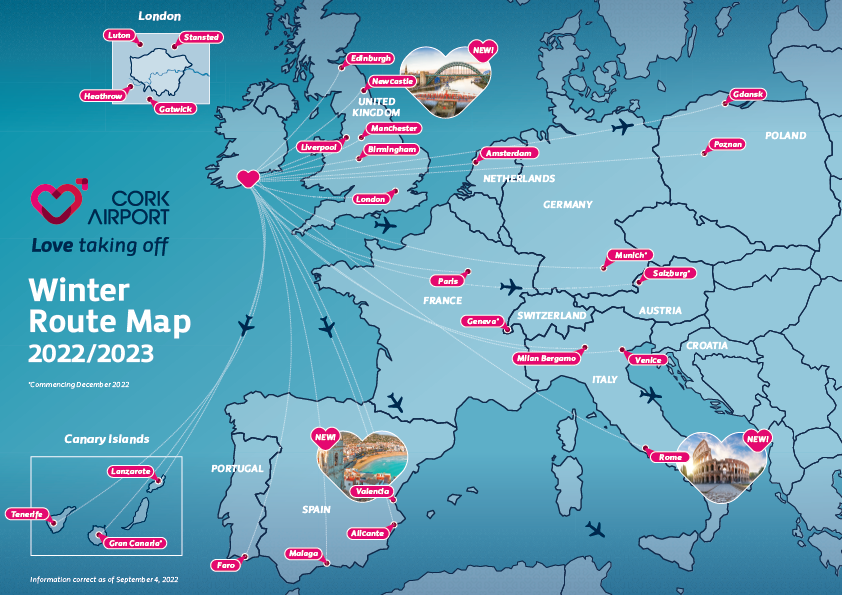 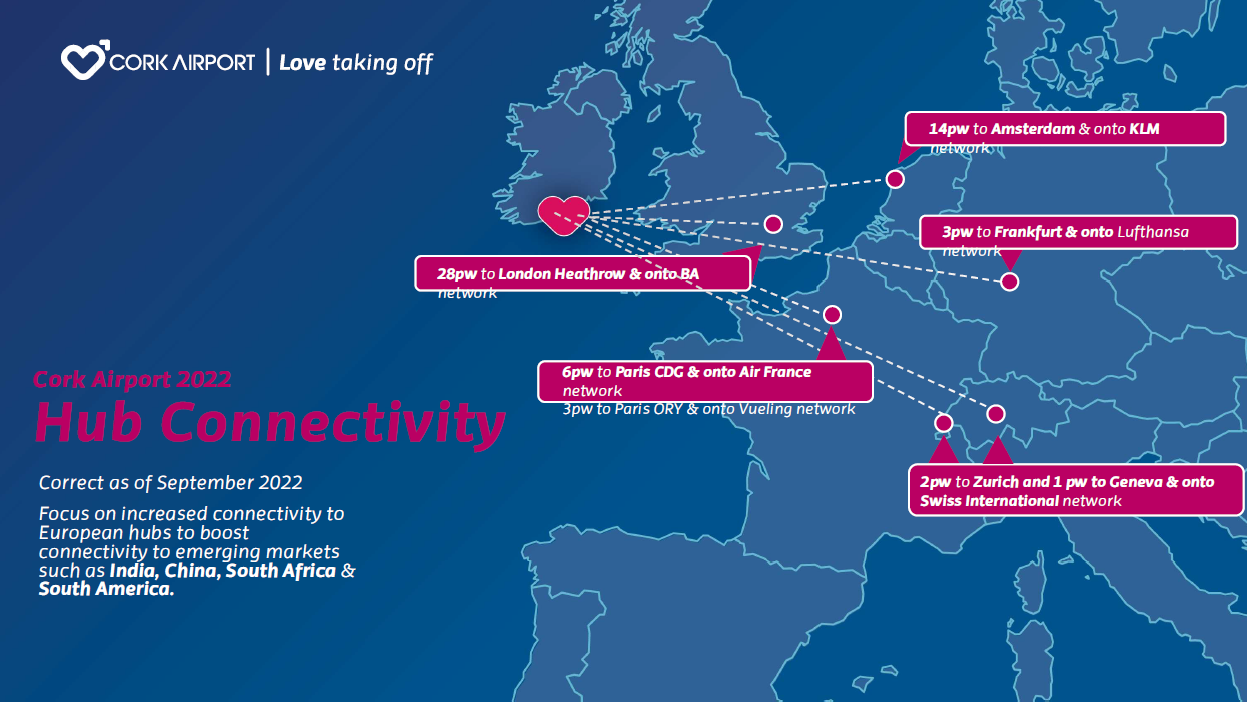 From Dublin Airport there are multiple options to travel to Cork using public transport.

Irish Rail is the company operating the train network in Ireland. To take the train from Dublin to Cork you must get to Heuston Station, Dublin. This involves connecting from Dublin Airport to the train station via taxi/bus only (there is no light rail or metro link from the Dublin Airport to the train station). Trains to Cork (Kent Station) leave every hour from 7:00 to 21:00. The train journey will take approximately 3 hours. Booking the train online in advance can guarantee the lowest fares, which can reach as low as €22 for a return ticket. The official Irish rail website is accessible here.

Several intercity bus companies operate routes to Cork directly from the airport. Bus Eireann is the national bus service. Aircoach and GoBus are also private operators that operate a direct service from Dublin airport to Cork city centre. The bus takes approximately 3 and half hours. Fares vary and are approximately €35 for a return ticket. The official Irish bus website is accessible here.

As August is peak tourist season and a busy period for these services, booking online beforehand is recommended to ensure the lowest fares and to guarantee a seat on trains/buses.

Regular bus services connect Shannon Airport to Limerick City.  From Limerick, it is possible to take a bus or a train to Cork. This journey takes approximately two hours. The train fare is roughly €20 for a return ticket. Bus services are cheaper at approximately €15 return to Cork.

Taking a ferry to Ireland could be another option, especially for UK based scholars. Additionally, European delegates may opt to bring their cars or hold a preference for greener travel options.  The main choices to arrive by ferry include travelling from Wales or France to Ireland. For example, delegates can travel from Holyhead (Wales) to Dublin, from Fishguard (Wales) to Rosslare, Wexford or from Cherbourg (France) to Rosslare, Wexford. At present Stenaline offer these routes.

On Arriving in Cork

As you will soon discover, Cork City is a relatively small city by European standards. While a local bus service does exist to connect the city centre to UCC (and many more locations outside of the city environs), the University is located within walking distance of the city centre. Depending on one’s accommodation location, this walk could vary from 5-25 minutes.  For the most part, the city’s amenities and the university are accessible on foot.

Renting private vehicles is often an option for international visitors when in Ireland, especially if they wish to visit many different parts of the country. Please note however that driving in Cork, and elsewhere in Ireland, can be challenging for those unfamiliar with the road networks.

A final word of caution is needed. While August weather in Ireland is typically pleasant, heavy rainfall is always a possibility here.  This would not cause any disruption to events, but visitors are encouraged to be prepared for all climates.