What can be learnt about business growth from Ireland’s newest kind of entrepreneur, the Artisan Food Entrepreneur? 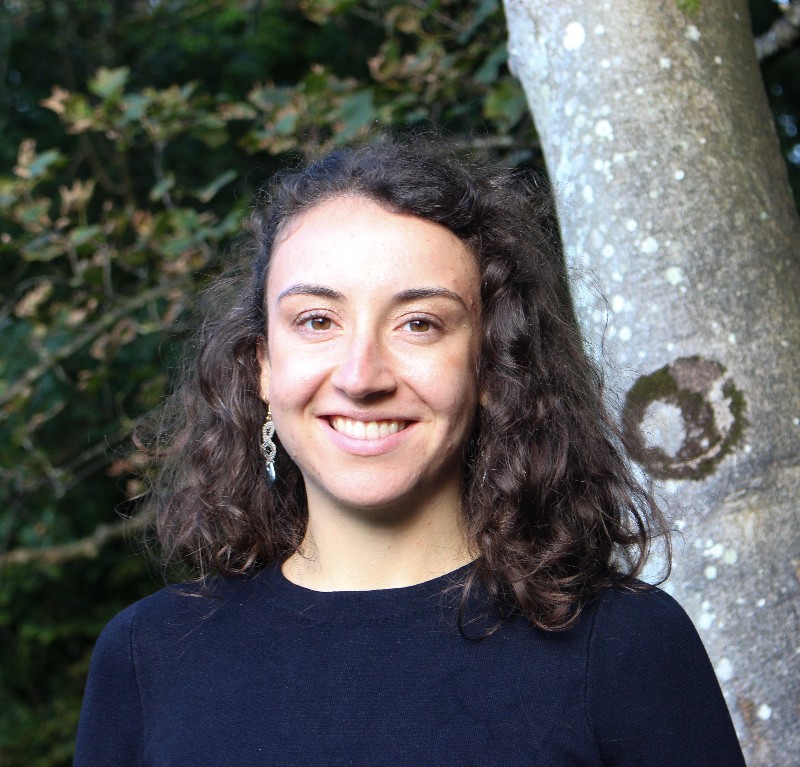 To listen to Molly Garvey discuss the intricacies of Irish farmhouse cheese producers is to be introduced to a food subculture where passion, persistence and flavour are as important as turning a profit.

She leads us into this subculture in order to explore business growth in an artisan context. This is the topic of her Masters of Science thesis which she pursued as part of the Masters of Rural Development, Cooperative Business and Food Marketing in UCC. Her supervisors were Dr. Mary O’Shaughnessy, Dr. Noreen Byrne and Dr. Ollie Moore. Together they contributed a broad range of expertise, all of which informed the research.

It is clear that business growth is of high priority to the Irish food industry and the Irish government. You only have to look at the policy documents Food Harvest 2020 and Food Wise 2025 for confirmation of this fact. The goals established in these white papers have infiltrated all levels of support for food producers, from the design of funding streams to the definition of a good manager. Molly had a hunch that artisan food producers might have a wider view of success when it comes to business growth. These food businesses stay small and yet can support livelihoods. They are going against the main management logic of “growth is good” and yet seem to survive and even thrive. Could something new be learnt about business growth from this relatively new type of Irish business innovator, the artisan food entrepreneur (AFE)?

To test her theory and to answer her questions, she built a case study. For the sake of clean data, she selected one of the many areas of Irish artisan food: cheese. Molly’s second task was to define what a small, local, artisan farmhouse cheese business looked like. To do so, she employed the Food Safety Authority’s guidelines: to be artisan is to make products from local ingredients using traditional techniques in a micro company that employs a maximum of 10 people.

Fair enough, but what is entrepreneurial about artisan cheese, you ask? It has always been made in Ireland! Not quite. Butter yes, milk in torrents, but the commercial production of cheese and particularly artisan cheese is a relatively recent phenomenon. Molly elaborates,

If you look at recipes from the 11th and 12th centuries, you will find a lot of references relating to sour milk, but by the 19th century, travelling diarists observed an absence of cheesemaking on the farm.

It wasn’t until the emergence of the co-operative movement in the 20th century that milk- processing factories began to produce cheese once again.

Cheese made on the farm is, ironically, one of our newest dairy inventions in Ireland. It is in this context of dairy discovery that the terms ‘artisan’ and ‘entrepreneur’ relate to each other. The farmhouse cheesemaking pioneers of the 70s reintroduced old Irish traditions and combined them with traditions learnt in the vast knowledge pools of France and Italy. They were entrepreneurs of tradition, preserving, promoting and updating traditional techniques and tastes in response to a shifting consumer market.

From her research, Molly was able to identify around 60 Irish producers who fit the desired profile, of whom 10 participated in her research. The cheesemaking informants in the case study ranged in age from pioneer to new entrant and in motivation from diversified dairy farming to first-time, stove-top scientist. In terms of business growth,

There were some who had reached a certain level of output and had achieved everything they had hoped to achieve and others with a clear financial target that they wanted to hit (incidentally beyond the definition of a micro company).

From the outside at least, it looked like some of the former were rejecting the productivist policies. I wanted to see if that was the case.

The findings were stark. Not one AFE was in the game solely to make money. Very few were interested in the continuous hiring of staff. Some were totally averse to the idea of hiring more than one extra staff member. These findings immediately challenge the accepted definition of a successful business (normally defined by the annual increase of turnover and number of employees).

Another marked finding was the high level of cooperation exhibited between some of the informants and the relatively low level of competition. The term ‘co-opetition’ has been coined to refer to cooperation between small companies in order to compete against a larger, mutual competitor. Yet Molly’s research found instances of pure cooperation without an explicit monetary angle, more a hint of neighbourliness and community. For example, the recommendation by one cheesemaker to another to try making a certain kind of cheese that was not yet common on the Irish market, or a local dairy cooperative allowing an artisan cheesemaker to use their organic cheesemaking facility.

The question then arises, if profit and employment (the typical definition of business growth) are not the main marks of success for AFEs, what are? The answer can be found in the AFEs’ motivations for starting a business. Molly created a template for studying AFE motivations by combining the findings of two research papers (Pret and Cogan 2018; Kirwan 2004). The AFE is likely to possess a mixture of lifestyle, craft, commercial and alterity motivations (aterity stands for the desire to create an alternative food system).

Applying this template to the data collected, Molly confirmed that AFE start-up motivation is mixed.

Firstly, craft ranked highly and those that were strongly motivated by craft had strong relationships with speciality food networks and were also less likely to hire.

Secondly, all were by necessity lifestyle-motivated since passion is essential to being a successful farmhouse cheesemaker; it becomes your life’s work. That being said, some did exhibit a preference for dairy farming over the making of cheese, which suggests that cheesemaking is also one way to financially support a dairy farm.

Thirdly, in regards to alterity, the majority opinion was that the “get big or get out” attitude was short-sighted and had the potential to hurt family farms. There was also a cry for better health and safety regulations that suited a micro-sized production unit. In terms of alternative points of sale, all except three sold through a mixture of supermarkets and specialty retailers. Very few sold in farmers’ markets. All exported, if only in small quantities.

Like any qualitative study, the data gathered was deep and wide in scope. Honing in on the core question, analysis revealed that AFEs are not managing their businesses with only the business-growth beacons of turnover and employment in mind. Rather, their management decisions are influenced by their personal motivations: a mixture of craft, lifestyle, alterity and commercial. The decision to stay small (hire less people, cap cheese production, cap turnover) maintains their control over their product, ensures traceability and allows for high flexibility in relation to market changes. In this way, although the AFE’s business does not grow beyond a certain point, it survives and, judging by recent MINTEL and Bord Bia marketing research, thrives.

In summary, if business growth is to remain an indicator for success in the Irish food industry, it’s definition must be expanded beyond turnover and employment. If not, the small but many Irish artisan food businesses and their entrepreneurial owner-managers are potentially excluded from being recognised as the successes they are. Not only this, but the funding streams designed to aid artisan food businesses may be missing the mark by designing only for competitive, quick-to-scale food entrepreneurs who mimic tech start-ups.

When asked about her thoughts on the artisan cheese sector in general, Molly responded,

I recently read about a young dairy farmer who explicitly wanted to get involved in farmhouse cheese.

After reading it, I wondered if the positive environment and support structures that exist today were motivating her to get involved in the industry.

The sub-sector has achieved an awful lot but could do with more targeted support.

It will be very interesting to see what the trajectory of the farmhouse cheese will be going forward. How will the product and the motivations for growth differ in future?